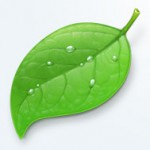 I’ve recently abandoned Dreamweaver as my primary web development platform. I know what you are thinking, “what took you so long?” Well, the truth of the matter is, I think Dreamweaver gets a bad wrap, just because of the WYSYWIG stigma. Frankly, I rarely if ever, was using the Design view in Dreamweaver and I mostly used it as a text based editor. I really love the shortcuts they’ve built in and found myself developing rather quickly because of them. So much so, that it has taken me quite some time, and quite a bit of trial and error, to actually end up leaving it behind.

There are several features that Dreamweaver has that I was always very particular about when looking for a new tool. Some of the requirements I have are:

Frankly, Eclipse is a huge, bloated piece of nightmare for installing and running. Slap Aptana on top of that and you’ve got yourself a mess. Granted, Dreamweaver is also bloated, but not nearly as bad. As mentioned above, I also feel that Eclipse is really great for back-end programmers, but falls short for front-end. Same feeling about Textmate. Only Textmate is missing even more of the features listed above. After giving these, and others a shot, I would always find myself switching right back to Dreamweaver just to get the job done in an efficient matter. There are other programs I gave a shot, but it just seemed like they were all doing some things really well, but others really bad.

I learned about Coda from another web developer/designer that I follow on Twitter, @cliftonite. Obviously, I was skeptical at first. But I decided to fire up the 14 day trial. If I was going to ask my employer to purchase a license for me, I was going to have to make a good case, so it had to be really convincing. So I started keeping a list of things I liked about it, and things I missed from Dreamweaver.

Within a week I was sold. Here’s the list I came up with:

At first, I’ll admit, I was still running over to Dreamweaver to accomplish certain things that, at the time, I didn’t realize Coda could do—or more importantly, I didn’t realize there was a better way to do it. For example, I’ve since learned to love Coda’s Find/Replace, it’s just a whole different paradigm.

I’m sure there are other things to add to this list, but it’s the list I sent my employer. I think it’s pretty obvious I felt that Coda had many more strengths. I’ve been using Coda pretty heavily now for several months and haven’t opened Dreamweaver for a very long time.

In a nutshell, I LOVE CODA! It’s the editor I’ve been holding out for. If you are a Mac user, head over and give it a whirl.

If you are using the instructions found on Bluehost’s Knowledgebase about How to host the Primary Domain from a subfolder for a wordpress site, you may notice that when you add wp-admin to the end of your URL it seems that can’t log in. The issue is that there are so much redirect magic going on, that the correct handling of redirecting /wp-admin without a slash to /wp-admin/ with a slash doesn’t happen correctly. You can fix this by either always typing the trailing slash, bookmarking it with the slash and not typing at all, or using the following addition to the bluehost .htaccess file they provide. Add it just below the line containing “RewriteEngine on”:

There are several forum posts, articles, and help from bluehost attempting to explain how to get the default address on Bluehost to send to something besides user@***.bluehost.com when using CForms II plugin for WordPress. However, I had no success with following them. They all seem pretty out of date and are lacking in specific instructions. So, I’m not trying to beat a dead horse here, I’m just trying to sum up exactly what I did that gave me success (after 3 days of trying). My method focuses on using the php.ini approach. Further, I’m using an approach that allows a different email address to be specified for various multiple domains on the same Bluehost account.

(note: you are allowed to use a Friendly Name, which isn’t something I could find in any other documentation. I was just experimenting and found out it worked for me.)

That’s about it. I hope this helps you. If so, leave a comment below.

I found some instructions from J. Taylor on how to install SVN on Bluehost, but they were a bit out-dated. For one, Subversion is now an Apache project and isn’t found on subversion.tigris.org anymore. You can find the project on http://subversion.apache.org/. Other than that, the instructions are great!

Note: I did get one error during the make install process, but it didn’t seem to matter. SVN works great for me.

The Cloud = The Internet

For example, that commercial where the lady fixes photos of her family and then posts it on Facebook:

The only “to the cloud” actually happening there is when she actually posts the photo to Facebook, a service that allows you to put your photos “in the cloud.” Microsoft is not offering any actual cloud based service in this commercial. It’s freaking ridiculous! Don’t believe me? Try to find a single reference to photo editing, photo sharing, or photo uploading on Microsofts own Cloud Page. If you find it, let me know in the comments below.

And the next time I suggest you use the cloud, please, for the sake of the children and for the love of all that is good in the world, do not respond by asking, “isn’t that some new Microsoft thing?”

No, it’s that old internet thing. But I’m not bitter or anything.